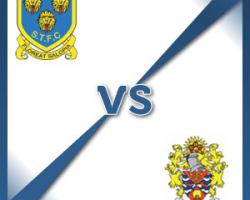 Shrewsbury V Dag & Red - view commentary, squad, and statistics of the game live.Lawrence facing fitness fightLiam Lawrence is facing a race against time to be fit for Shrewsbury's clash with Dagenham

They are second, three points behind leaders Burton but with a superior goal difference