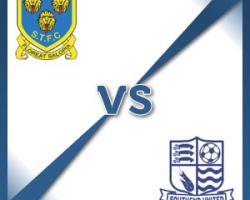 Shrewsbury V Southend - view commentary, squad, and statistics of the game live.Barnett in, Mangan out for TownAndy Mangan is out after knee surgery so Tyrone Barnett could make his Shrewsbury debut

James Wesolowski is out for the season with a cruciate knee ligament injury.Southend will have Barry Corr available again when they make the trip.The striker served his one-game suspension last week following his red card in the win over Portsmouth and the former Exeter man will hope to work his way back into the starting line-up.Long-term absentee Mads Ibenfeldt is the only player sidelined at the moment while Adam Barrett and Cian Bolger could both be back in the matchday squad having missed out against York.Shaquile Coulthirst stepped off the bench to net his second goal in three games last week and the striker will hope to have given manager Phil Brown something to ponder