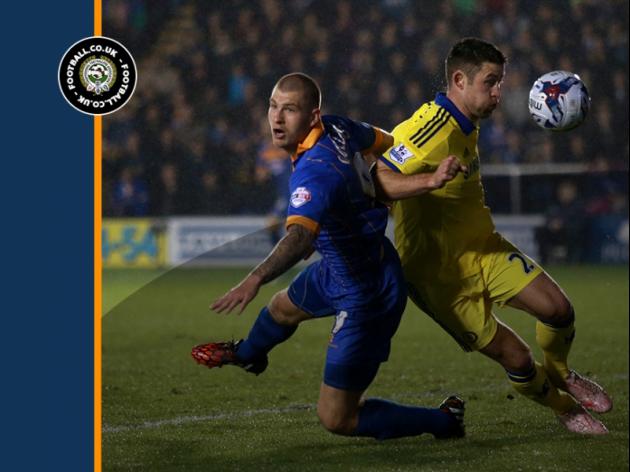 Collins took his goal tally for the season to 14 in the recent 3-2 win over Stevenage, his late second securing the points which projected the Shrews into the top two.

The Shrewsbury striker, however, was pushed all the way to the line by teammate Liam Lawrence who has played a key role in the club’s promotion push.

To vote for the February's PFA Fans’ Player of the Month, go to http://www.football.co.uk/pfa-fans-player-of-the-month/index.shtml